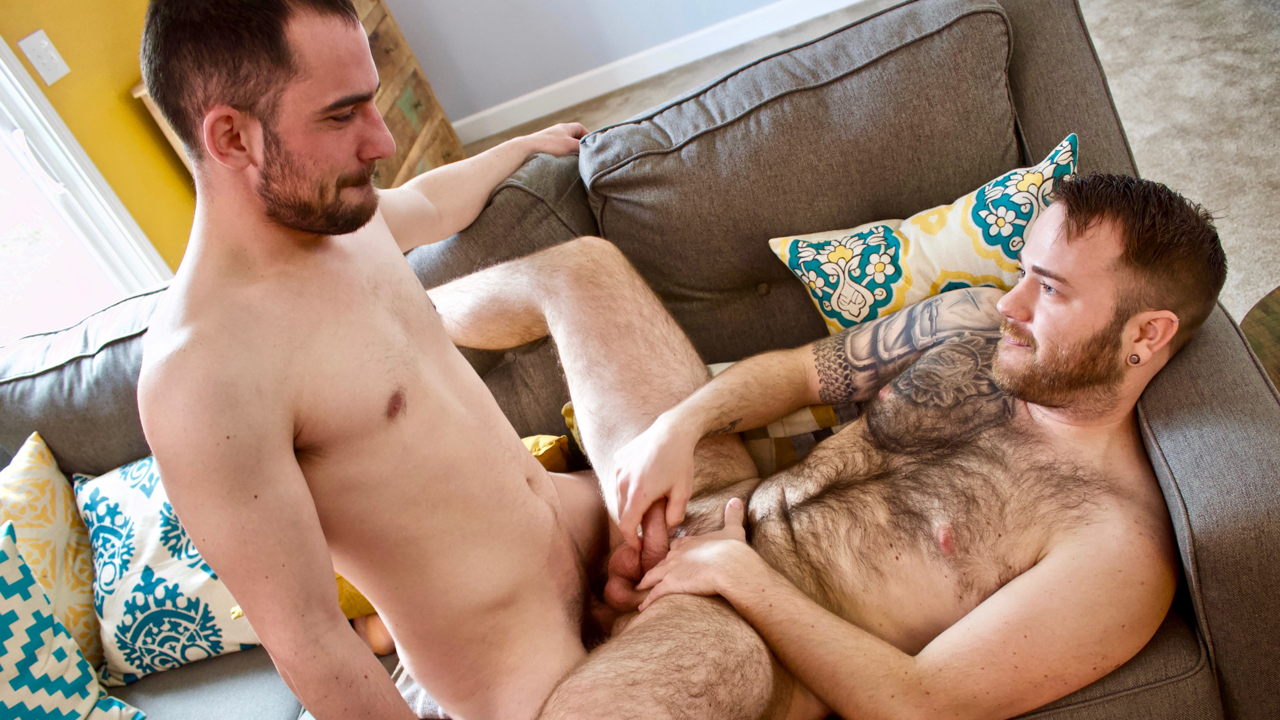 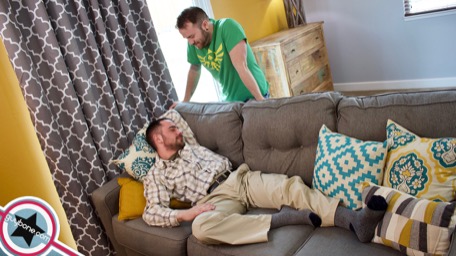 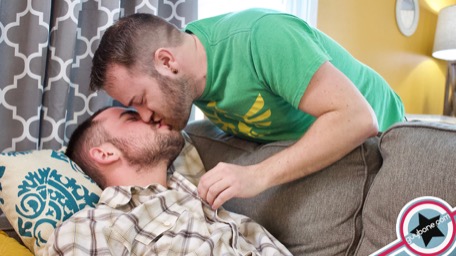 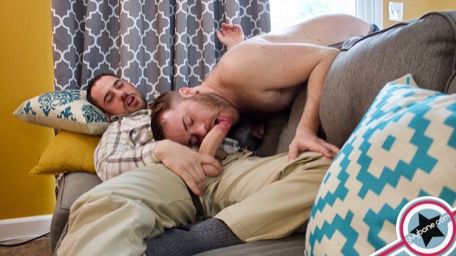 Cord hadn't filmed with us in quite some time, and it'd been even longer since we'd seen Zeke. So when these two studly site favorites happened to decide to come visit at the same time, it was obvious they'd want to film together. I love when GuyBone Guys who have filmed a bunch of scenes, but never with each other, finally get to fuck thanks to fate.

Cord was exhausted from his travels so he kicked back on the couch for a nap. He didn't get many zzz's, though, because as soon as Zeke arrived, he woke up the sleeping beauty with a sexy kiss. As their bearded mouths met and wet tongues tussled, Cord's cock stiffened inside his khaki's and Zeke got to work unbuttoning his dress shirt.

I could instantly tell these two had missed being in front of my camera. And they were super excited to be back in the spotlight with each other. Cord showed his excitement by unzipping his slacks and releasing his hefty uncut cock. It was rock hard and aching for some attention. Zeke showed his excitement by stroking it a bit before swallowing it whole.

Zeke's eyes rolled back as he gulped Cord's dick balls deep. Cord moaned and thrust up, trying to fuck his costar's face further. He stood up and fed his big boner to cubby Zeke over the back of the couch. Zeke's furry torso looked fine as fuck as he sucked that hairy dick and squeezed those full, low hanging balls. He gagged some, a true compliment to the impressive size of his top's erection.

Zeke's hardon had been raging in his jeans the whole time and Cord felt obliged to attend to it. He pulled it out and put it in his mouth. The slurping noises he made while blowing Zeke were phenomenal. When he'd tasted enough dick, he spun the furry bottom around and bent him over, ripping his underwear down below his butt cheeks, diving into his ass face first for some hot rimming. He spanked him, he pawed his juicy rump, he ate that hairy hole with as much intensity as he planned on fucking it with. His own untouchable ass was sky high, showing off a delicious looking hole we'd probably never see penetrated.