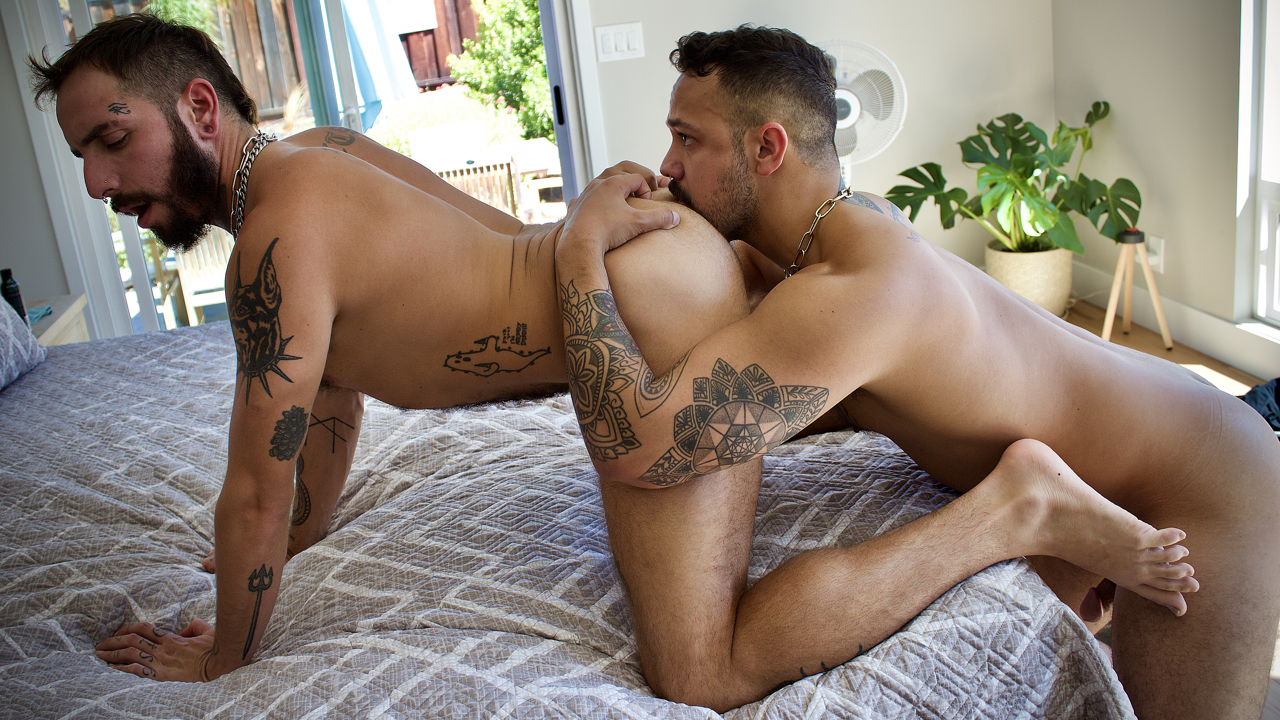 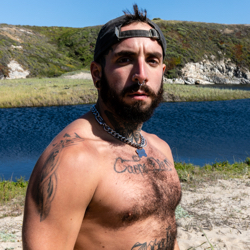 Sporting some of the bushiest pubes on GuyBone, Axel Black is hairy from head to toe and just as hot! Pierced, inked, sweet and sexy, this stud is more than ready for action in the bedroom, he was made for it! Passionate and also wild, he's not afraid to be his authentic self in front of the camera.

Dev Tyler is seriously one of the nicest guys I've ever met, which makes him even sexier when listing all his attributes. His boy next door smile will make you crush while his bangin' athletic bod gets you rock solid. Hairy in all the perfect places, Dev is hard as steel in front and juicy yet firm out back. 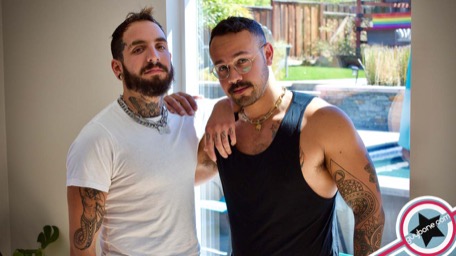 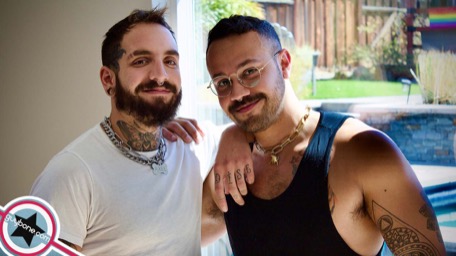 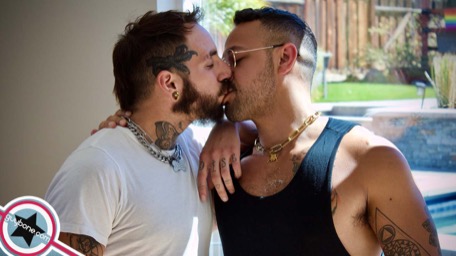 Starting with a sexy smooch and a positively hot pec punch, Dev and Axel were an immediately perfect pairing. These pups were ready for pleasure. The made out madly and stripped each other of shirts, worshipping each other’s furry bodies as they kissed. Shorts slid off and revealed chubbing cocks inside their underwear. They pushed their puds together and then freed them from their fabric restraints. Axel dropped to his knees and devoured Dev’s firm dick. What a handsome cock he had, and it looked perfect sliding in and out of Axel’s scruffy bearded mouth.

Dev mounted Axel and ate his ass some more, then rubbed his raging erection between his butt cheeks, a preview of the coming attraction. He rimmed him more, driving Axel absolutely bonkers for that boner. Dev was ready to deliver it, rolling his costar over and smooching him deeper and sexier than ever. He teased Axel’s entrance with his engorged penis, then they both tossed aside their skivvies. Dev went down on Axel, slurping that stupendous stiff dick. Axel was so furry with a goddamn gorgeous bush. Their bodies looked so excellent together. What a fit!

Dev moved back and forth between eating that sweet ass and sucking that dick and licking those hairy balls. Then he lubed up with SPUNK and slicked both their throbbing cocks. I love some hot frottage and they delivered, rubbing their greased, girthy dicks together. Masturbating their bones in one hand, pressed together, raging against the other. Dev was ready to get inside that ass, and he slid in with care and ease, making them both moan uncontrollably. He began to fuck Axel with precision. He held him and kissed him as they screwed. Their raw sex was uninhibited, their passion unbridled.