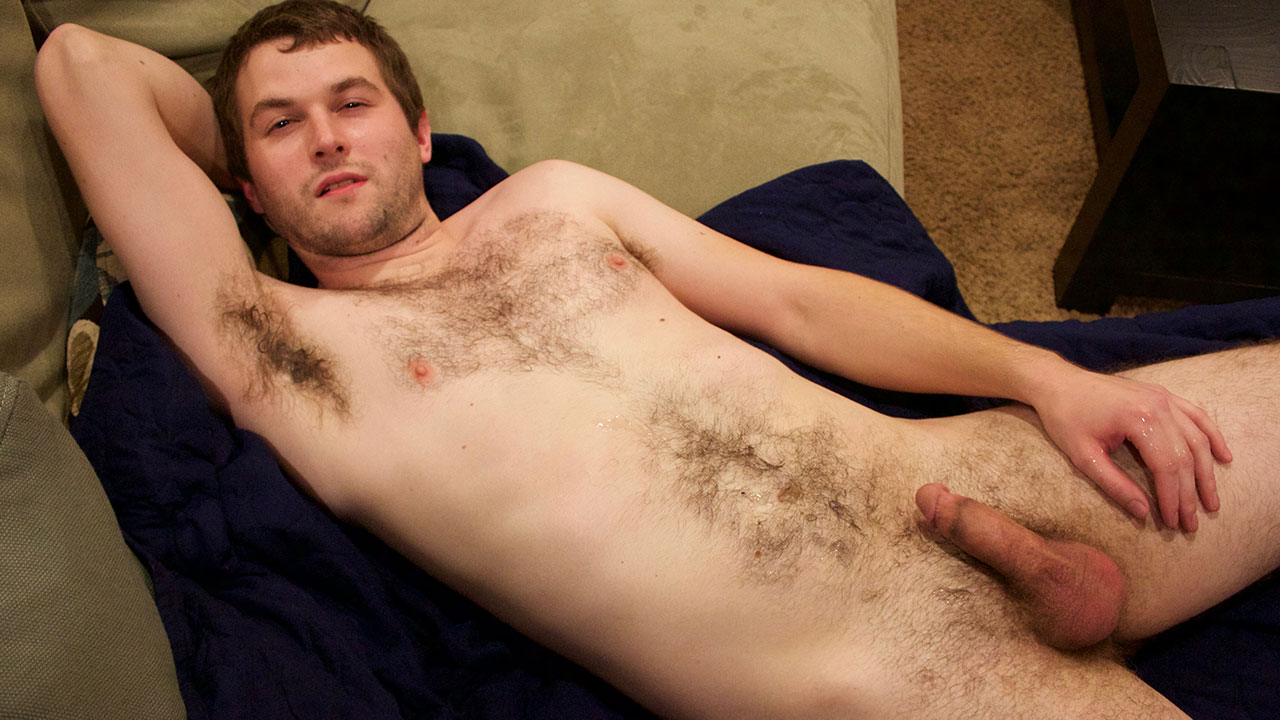 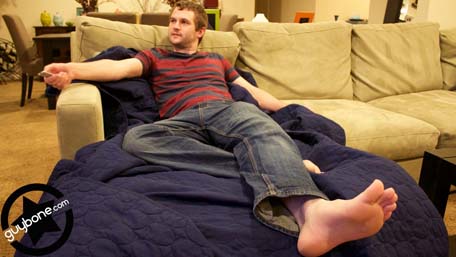 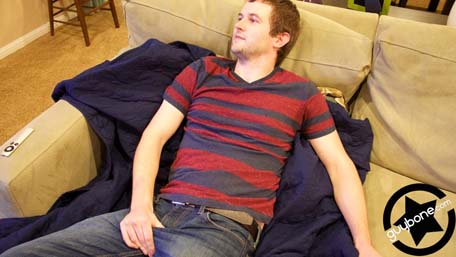 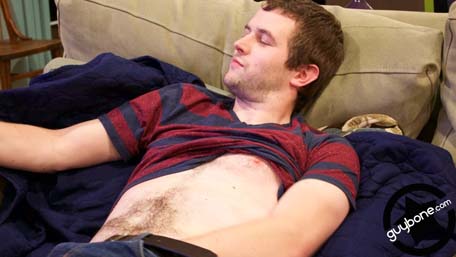 Fuck. This guy is hot. Beard, no beard, I've seen him both ways now and it doesn't matter what's on his face. His face is just fantastic. Felix is bi and his girlfriend is turned on by the idea of him getting fucked by other dudes on camera. Oh, hey, I've got a camera!

He got rid of his jeans and button down, revealing a very sexy blanket of chest fur and pleasant pubes. But it was Felix's pits that got my dick boned. Keep in mind, I've filmed Ryan Fargo, the hairiest guy on GuyBone and perhaps the Internet as a whole. But not even Fargo's armpits compare to Felix's. Felix has a hot rat's nest of dark brown armpit hair and when he jerks off, he sweats, and that hair gets curly and damp and beyond fucking hot. I made him spend a good portion of the scene with his arm up behind his head so I could see all that pit hair while he stroked his shaft.

It's now no secret that I love Felix's armpits. It's also about to no longer be a secret that Felix loves his asshole. He has a beautiful, tight, puckered little hole surrounded by hair. He spit on his fingers and shoved a couple inside his butt, instantly making him moan and his dick jump. He got knuckle deep between his cheeks and rocked his hips back and forth as if his hand was another dude fucking him. Practice makes perfect, and I have every faith that Felix will be a great bottom.

Welcome to the GuyBone family, Felix. Feels like a perfect fit that was meant to be.