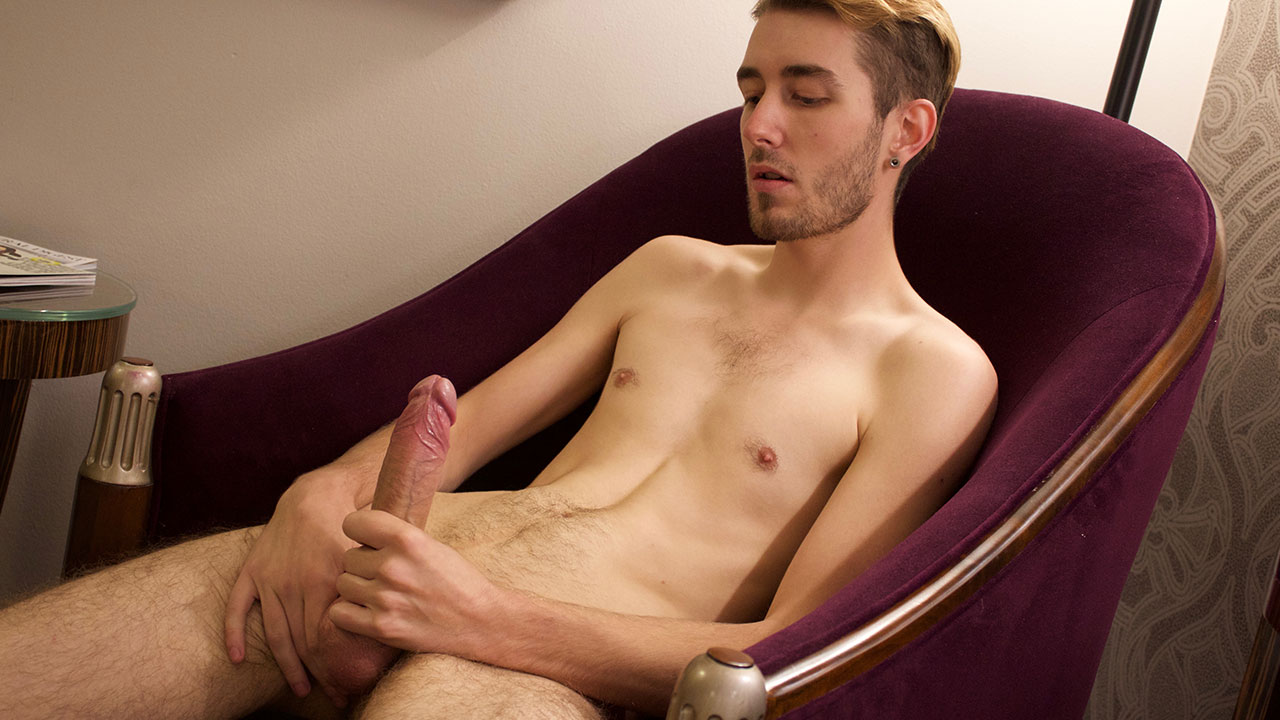 Jack, Jack, Jack. Fuck me, this guy has it all. Puppy dog eyes, a sexy grin, and a big uncut cock that has only fucked a few guys. 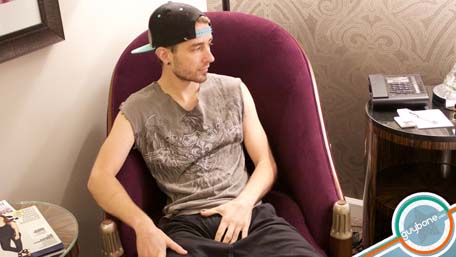 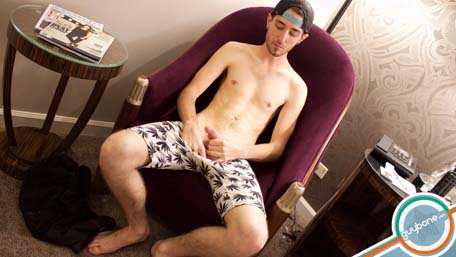 Get ready for a Jack attack. What a sexy mother fucker. This str8 sk8r boi is totally my type, and probably yours, too! He kicked back in the chair, squeezing and tugging his junk through some board shorts and boxer briefs. He tossed his muscle tank aside and dropped trou. He looked so fucking cute in his snapback. His pierced lobes and tiny tight nipples got my engine revving. And before long, Jack was totally naked and stroking his chubbed up cock.

His handsome uncut dick aimed for the sky and his big balls were pulled up close to his body. He had just enough hair in all the right places and the scruff on his face drove me wild. His dick was a good eight inches and he worked that hard pole like a pro.

He poured some SPUNK Lube on his erection and moved to the bed, getting into a top position he's obviously familiar with. As he glided his swollen cock across the clean white sheets, all I could think was, who are the lucky chicks he's been fucking with that massive tool, and this must be how he looks when doing so. Jack had only recently begun experimenting with dudes when he auditioned for us. I love getting curious straight guys on the site. Watching their transition into the bisexual world is beyond hot. He continued humping the bed with his hardon, then rolled to his side and jerked his cock more. He'd lost his hat and was now showing off his wavy hair. I just kept imagining he'd arrived to shoot his solo on a skate board, all sweaty and sexy.

His face contorted into incredibly hot looks, his dark eyebrows ever so expressive. He threw a pillow behind his back and kept jerkin his dick. He cupped his nuts and pushed them up toward the base of his shaft. His legs couldn't keep still. He curled and flexed his cute toes on his sexy feet. He was fucking driving himself wild, playing with that big dick.