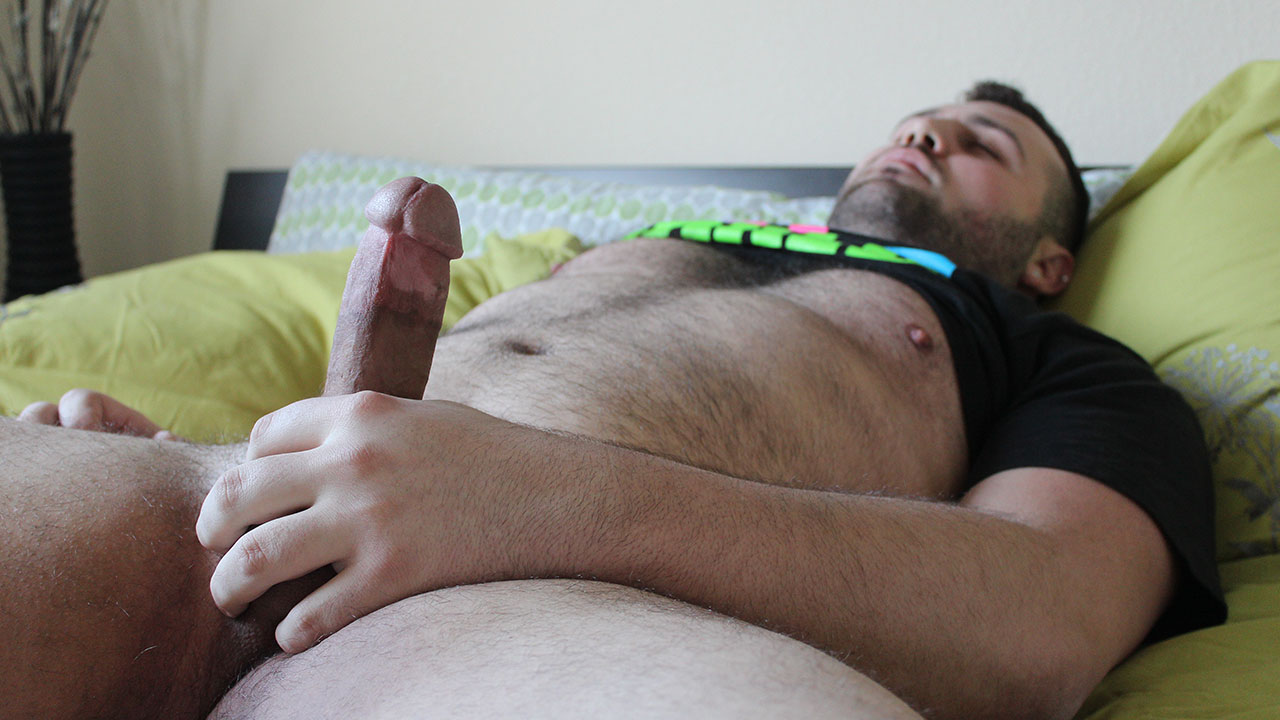 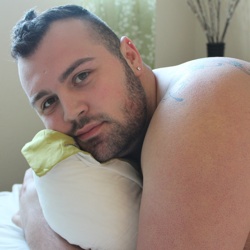 In the market for a giant, cuddly teddy bear? Look no further than Rex, a towering, muscled cub who will fuck you then keep you warm all through the night. A flashy, cocky grin gets you interested in whatever he's selling immediately. 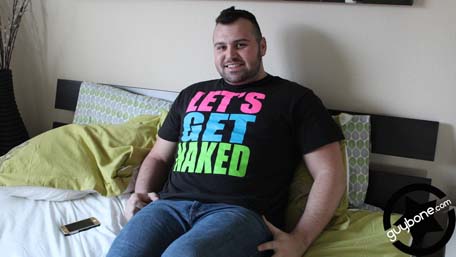 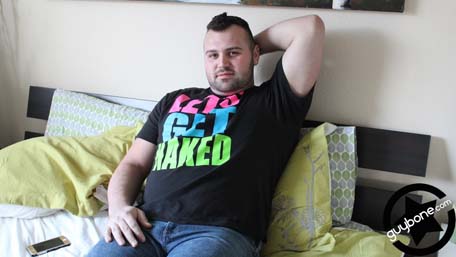 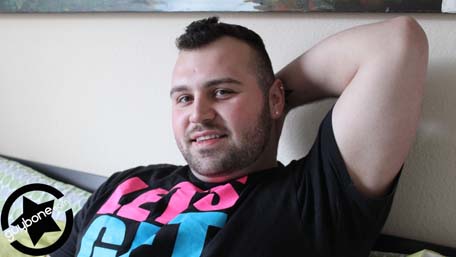 Mmm, hot damn! What a hot dick Rex Blue has! Big, thick, sturdy, just like him. He's one helluva lovable teddy bear and as hot as it was to watch him stroke his meaty cock, I can't wait to see a costar suck it and get fucked by it!

I had him get on his knees once he was fully nude to really show off his body. That sexy barrel chest with curly fur and taught nipples. That tight firm ass and those beefy legs. But no matter how hot I thought he was in his entirety, I couldn't keep the camera off his stiff rod. Especially once he slicked it up with SPUNK Lube and provided a nice crackling soundtrack to his jerk off session. He loved the way his wet dick felt sliding in and out of his palm, evident by his heavier breathing. I can only imagine how hot of a top he'll be once we get him in an action scene. And I hear his dick has two different sizes - one when he's just jerking and one when he's with another guy, getting sucked and fucking. Apparently he grows a couple more inches which is hot as fuck. Can't wait to see his fully erect cock because I already love the one he showed off in his solo.