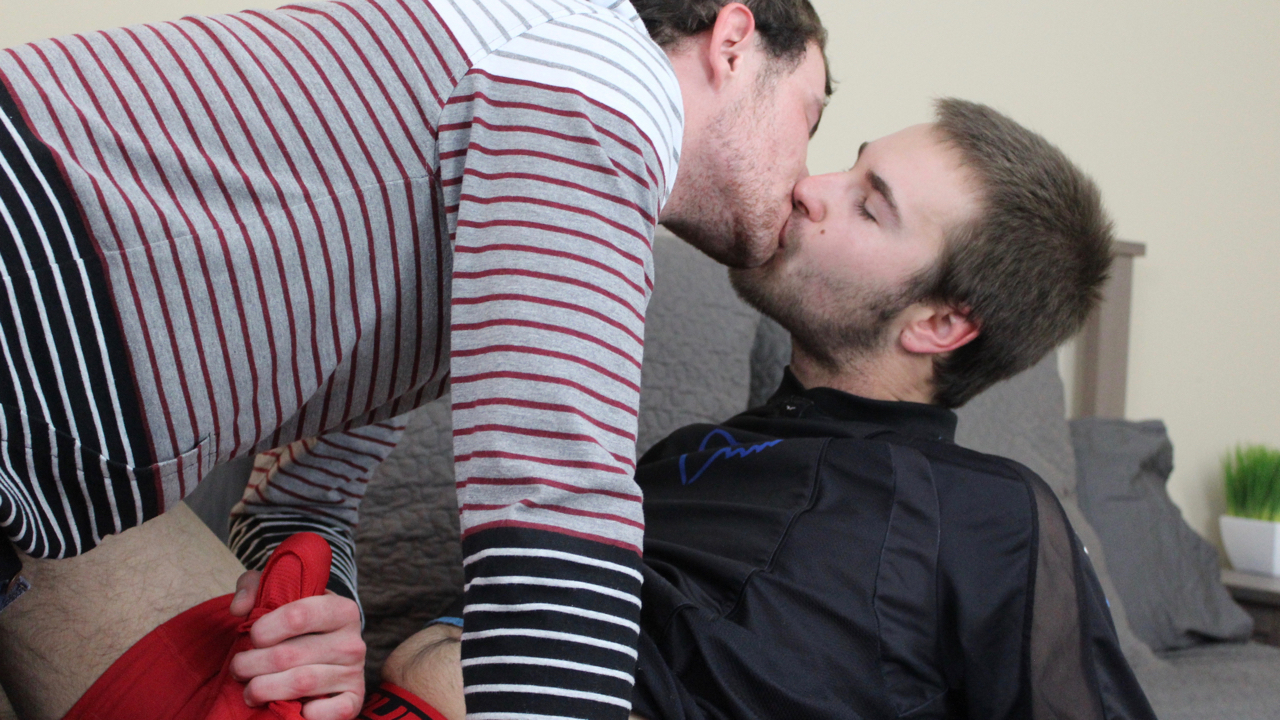 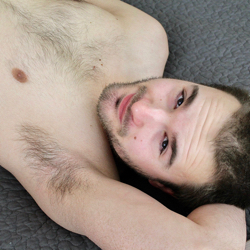 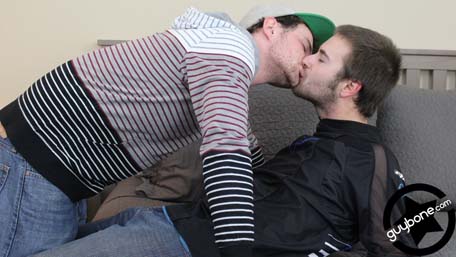 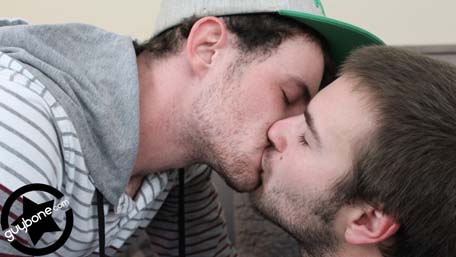 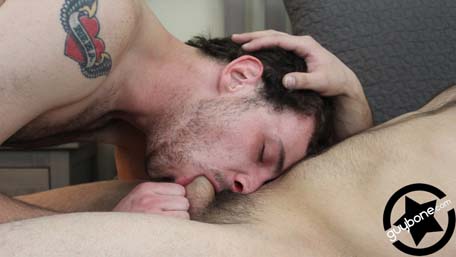 As a redhead, I've always enjoyed brunette guys because they're pretty much the opposite of me. Their hair is dark brown and it shows up so nicely on their pale skin, covering their entire bodies. Scotland and Knox are both incredibly sexy brunettes and they both have just the right amount of body hair. And the matching scruff on their faces made them pass for brothers at a glance. This definitely aided in the fantasy department, imagining these two as brothers experimenting with each others bodies for the first time. Their dicks are also huge and their balls bountiful, so you know, that doesn't hurt.

These two were a lot of fun to film with. Aside from me getting to see all of that brown hair rubbing up against more brown hair, they had a sexy spark that was evident from the get go. Tongues twirling erotically, Scotland's hand gripping Knox's boner through his boxier briefs. It was almost too hot.

Knox sat on Scotland's pole first to get accustomed to it. Didn't take long to make its acquaintance, because he was riding that thing as fast and as hard as he could within seconds. Their balls tightened with each trip up and down. Next came some doggie style with animalistic panting and neck-biting, licking, sucking. Then Scotland bent Knox over and gave it to him quick and rough. Knox seemed to be enjoying every fucking thrust. Probably didn't hurt that Scotland was giving him a reach around hand job as well.