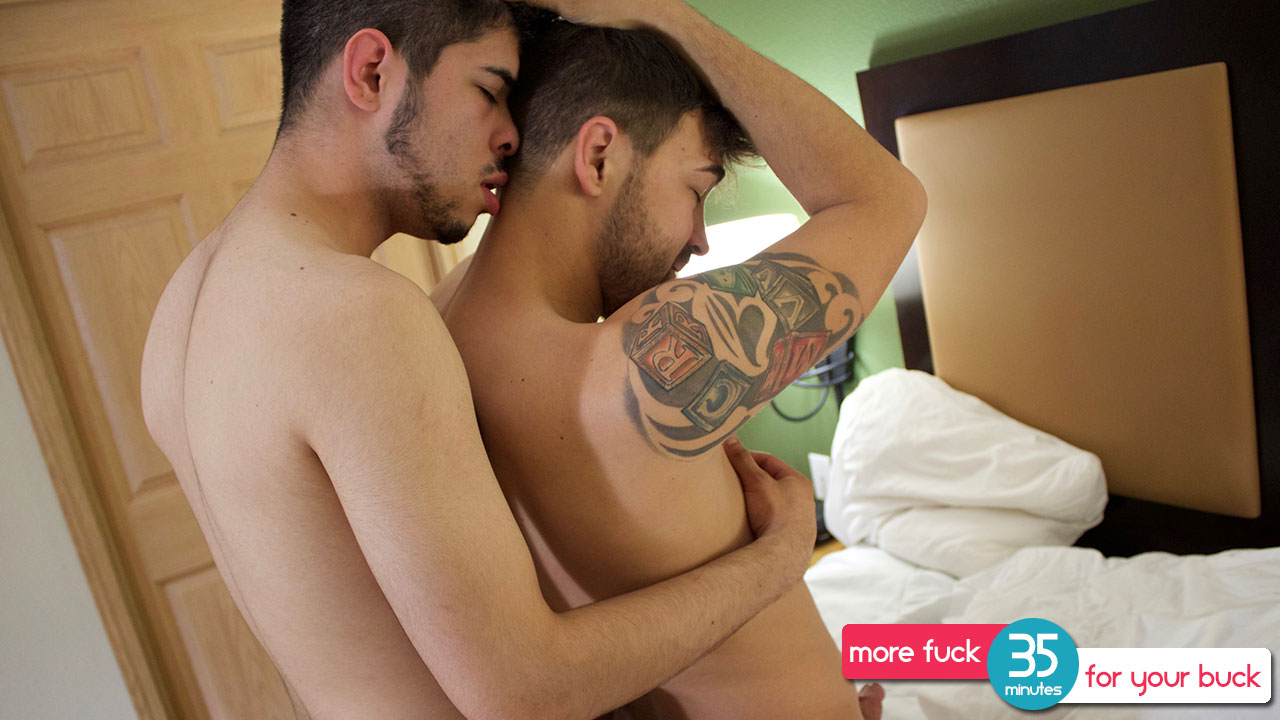 Charles is one of the most dynamic personalities I've ever met and filmed for GuyBone. He's got this electrifying ora that makes you smile and turns you on at the same time. His smile is killer as is his body. 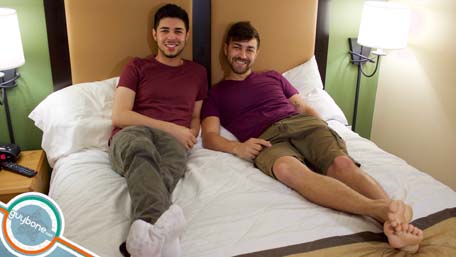 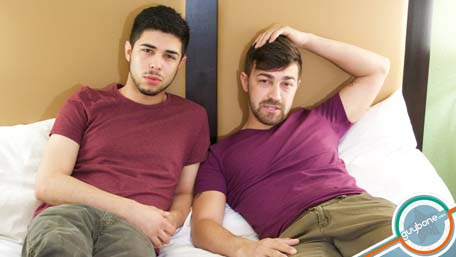 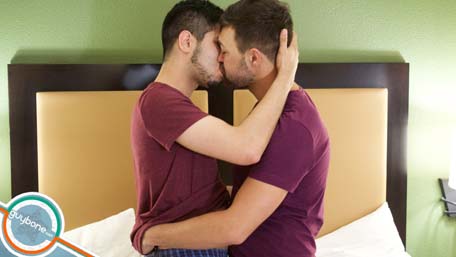 Zeus and Charles. Where do I begin? These two seriously need to get married. They're probably the most adorable couple on GuyBoneâ€¦and they're not even a real couple. They showed up for their first of two scenes together wearing the same shirt. Funny. They kinda look like sexy older brother and younger brother, or hot kissing cousins. It didn't take long for those matching shirts to peel off and for boners to pop out. Charles tasted Zeus' uncut glory and was in love. They both stripped down and continued the suck fest. There's so much tantalizing action from these two, they ended up with an extra 15 minutes of footage. That's more fuck for your buck!

Charles bent over Zeus' deliciously furry body and sucked down his long shaft. His spit slicked the surface and he used what was on his palm to stroke his own stiff dick. Zeus gently guided him by holding his neck. Charles' mouth is one you definitely want to keep on your cock as long as possible.

Zeus rolled on top and nibbled Charles' neck. A weak spot for most guys. Their hardons pressed against each other as Zeus worked his way down Charles' tight body with his juicy lips and wet tongue. He found what he was looking for at the end of Charles' happy trail. A big, thick cut cock throbbing for some oral attention. Zeus got it nice and wet while they had some sexy banter. Then some more kissing. Fuck. The kissing. Their chemistry was undeniable as soon as their lips met. Zeus slobbed that knob some more, the sound of his sucking getting me as rock hard as Charles.

Charles hadn't sucked enough of that uncut candy cock yet, so he got on his knees in front of a standing Zeus and worshipped his rod. Zeus dropped his head back against the wall, it felt so fucking good. He gulped it down the back of his throat with ease, showcasing his oral skills. Zeus got him on his back one more time for some final, fucking fantastic blowing before they began screwing.

Zeus used a couple of his fingers, lubed with SPUNK, to ready Charles' back door. He greased his uncircumcised cock with the rest of what was on his hand and slowly worked his dick inside his bottom. Charles took a minute to get used to it, but Zeus was ready to thrust. They acclimated to each others bodies quickly and the show was underway. As Zeus thrust his lengthy cock into Charles' ass, he stroked Charles' meaty dick with his lubed hand. Charles was rock hard, as he should be with that magnificent manhood inside him. Charles pulled Zeus in for some sexy lip smacking as they gently fucked. Then they switched positions and Charles sat on Zeus' tent pole, taking his entire dick up his ass. Zeus' hairy legs sprawled out, his slender fingers pulling Charles' butt cheeks apart so I could get a great view. Charles clung to the headboard and let Zeus pound his hole hard. Fuck, these two were on fire!

Oh! Time for one more bonus oral round. Charles blew Zeus' slippery cock that had just come from his ass, then shared the taste with a sexy kiss, then Zeus dove onto Charles' fat boner mouth first. He stretched out sideways to show off his own erection, towering above his thigh. Then it was time for the final fuck, getting them to their orgasms.