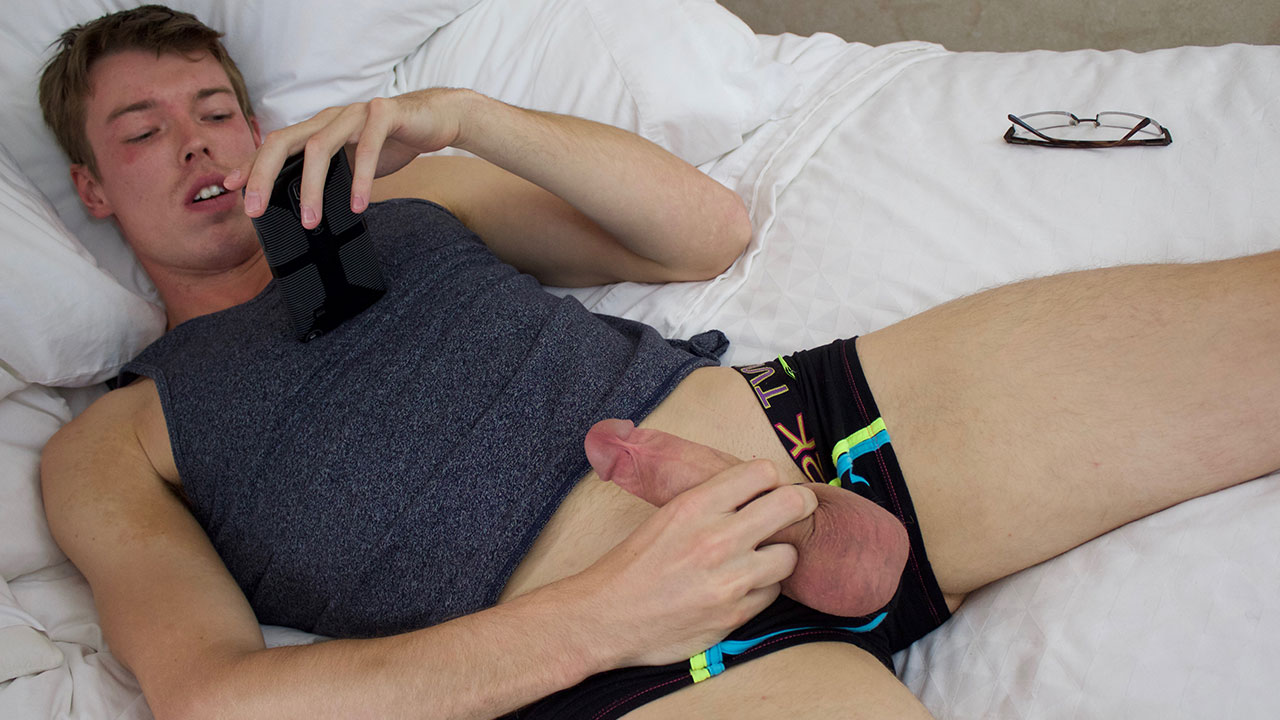 One very tall and sexy drink of water, John Mack is the mack daddy of giant personalities and smiles. Look at that flashy grin, totally boy next door cute and beaming. He's a lean, smooth stud with an uncut cock rivaling his height. 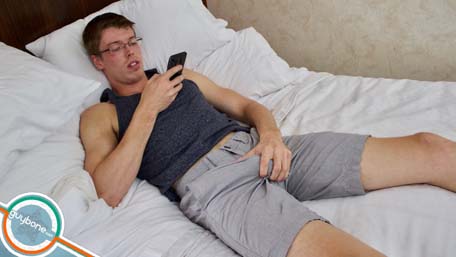 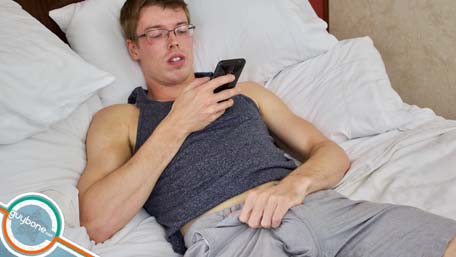 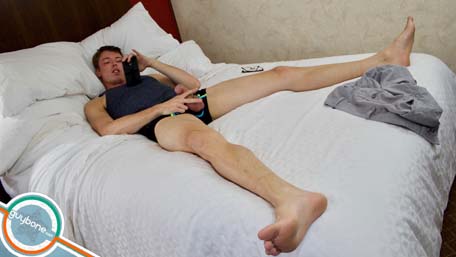 John Mack. Mack daddy. Sexy, slender stud with a secret. He's packing a huge uncut cock in those tight gray shorts of his. Bulging from the beginning, he groped himself and grabbed a handful of growing cock just inside his fly. His schoolboy glasses had come off and he was looking dapper as ever, like a preppy country club kid home from sailing all afternoon, horned up and ready to rub one out.

John was a referral from Dieter. They'd been fuck buds off camera and when John expressed an interest in filming, Dieter introduced us. I'm ridiculously happy he did, because John is a great catch. Coming in at 6'3â€, he's definitely one of the tallest GuyBone guys. But he's not lanky, he's so well filled out and toned in all the right places. Really hot biceps squeezed and flexed as he held his phone in one hand, watching straight porn, and his other slid into his underwear. I'd just learned that John was in fact bisexual, so it added that extra layer of hotness I love - the â€œalmost straightâ€ layer. His dark tank looked great against his pale white skin, and when he asked if he could just tuck it behind his neck, over his shoulders while he stroked, I was totally on board.

His shorts were suddenly off and his semi chub was begging to be firmed up. He's a big fan of cock rings and sported a hot black leather one with snaps. He loves the way it tightly hugs his bountiful balls. I loved the way it looked, collecting his junk and thrusting it all forward, even closer to my camera. He beat his dick against his flat stomach which seemed to make it swell. His moans were, shall I say, boner inducing, all on their own. I could have just been watching his face the entire time and still been turned on by the expressions and noises he produced. What a fucking masculine stud.

Next I had John stand on the bed and I filmed from underneath. His cock is so damn big I knew this was a surefire way to showcase its length and girth. He rubbed it around on his hip and jerked it softly, making his nuts jiggle in delight. His pecs were tight and his nipples hard. I could see just enough of a peek of his butt from this angle. It was a promising view, teasing what would come in future scenes. He's versatile and beyond ready to top or bottom any costar that comes his way. He milked a drop of precum from his slit and dabbed it with his index finger. He rubbed it across his cock head and down his stiff shaft. Made his dick visibly harder when he did this, as if the sight and feeling of his own precum had turned him on more. It undoubtably did. Now he was ready to cum.